Creed is a niche perfume house, which has boutiques in Paris, London, New York City, Dubai Mall, and Kuwait in addition to stands in high end retailers across the world. The house purportedly creates its perfumes in-house by two perfumers: a father and his son. The current generation consists of Olivier Creed (who is credited for Green Irish Tweed, Millesime Imperial, Silver Mountain Water and Aventus among others) and his son Erwin Creed.

James Henry Creed founded the House of Creed in London in 1760 as a tailoring establishment. It rose to fame in the mid 19th century under Henry Creed as tailors and habit makers for the fashionable dandy Count d'Orsay, Queen Victoria, and Empress Eugénie, who issued the firm of Creed & Cumberland a Royal Warrant for tailoring articles.Olivier Creed's first eponymously named fragrance was a traditional eau de cologne with matching aftershave. Its release date is unknown, although bottles are still in circulation. Creed also has other high-profile creations in its catalog such as Angelique Encens, which was said to have been originally created in 1933 for the Bishop of Paris.

Creed has stated that it has created perfumes exclusively for celebrities and well-known political figures. Creed claims that Tabarome Millesime (2000) "was commissioned by a legendary British statesman who loved fine brandy and highest quality cigars" (presumably Winston Churchill). Also, Creed's Vetiver is marketed to have been created for "one of America's leading families, a political dynasty now known worldwide for its energy, vigor, and impeccable style" (presumably the Kennedy family). This claim is challenged by 3 other perfume houses and has not been confirmed by Creed or historians. 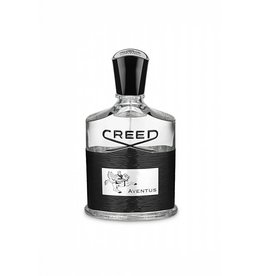 A sensual, audacious and contemporary scent, Aventus is inspired by the dramatic life of a historic emperor who waged war, peace and romance with equal magnitude. 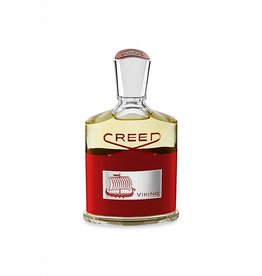 Viking
Viking, a fiery men’s fragrance that bottles the fearless spirit of boundless exploration for the modern man who goes against the grain. Inspired by the incredibly crafted longships, a centerpiece of the Viking Age and one of the greatest design f
CREED VIKING
€165,00 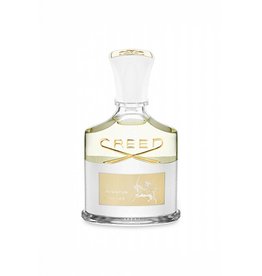 Aventus For Her
Aventus for Her marks the irresistible feminine counterpart to the legendary Aventus. Inspired by history’s most powerful women – from royalty and visionaries to artists and writers – whilst heralding the strong, modern woman of today.
Add to cart
CREED AVENTUS FOR HER
€155,00 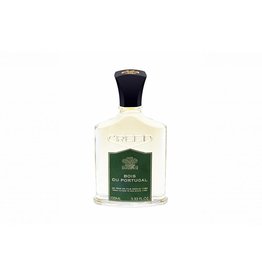 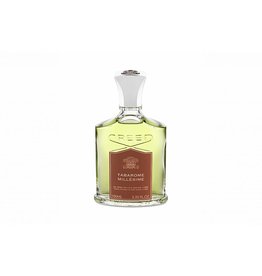 Tabarome
Seductive and assertive with the essence of success in every drop, Tabarome Millesime is a fragrance for men who aspire to be leaders. Inspired by the British heritage of fine brandy and cigars, this scent is a timeless classic. 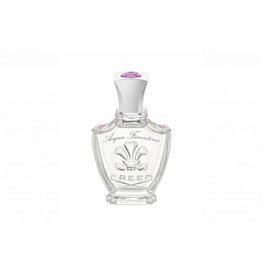 Acqua Fiorentina
The setting for this scent is 15th century Florence, Italy. An artful portrait of the countryside, its orchards brimming lightly with sweet plums, bergamot, and lemony blooms. A lively touch of apple along with beautiful Renaissance rose
Add to cart
CREED ACQUA FIORENTINA FOR HER
€96,00 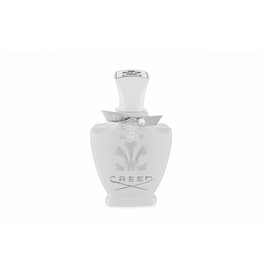 Love In White
An ode to Creed’s sophisticated craftsmanship and passion for the world’s finest ingredients. This gentle and clean fragrance contains light notes of hyacinth and magnolia and is reminiscent of a fresh spring breeze. 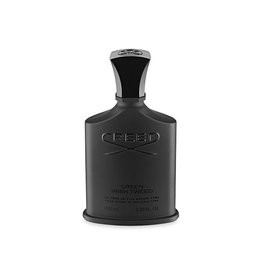 Green Irish Tweed
A classic, as the old adage tells us, never goes out of style. Like a perfectly tailored suit, Green Irish Tweed has been and continues to be worn by confident men at the peak of their field. Evoking the lush greenery of the Emerald Isl
Add to cart
CREED GREEN IRISH TWEED
€90,00 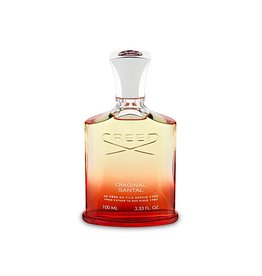 Original Santal revels in the romance and opulence of India, the home of the signature Mysore Sandalwood so loved by Olivier Creed.

The essence of the royal sandalwood tree is known for its sublime scent, spiritual strength and calming power. 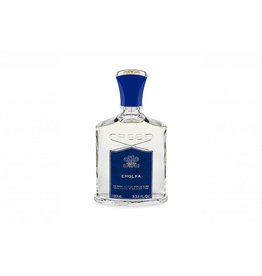 Erolfa is brimming with family memories of sailing the Mediterranean on the beautiful yacht that gives the scent its name. Imagine the sparkling seas, salty air and citrus-scented breezes.

The Mediterranean is also celebrated through the rich spice a
CREED EROLFA
€155,00 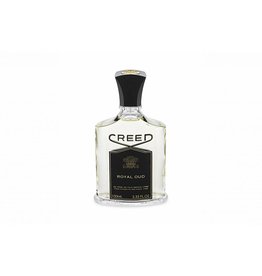 Royal Oud
Wood, leather, marble, and gold. These luxurious elements of a Persian palace are the inspiration behind the architecture of Royal Oud. A grand melange of silky sandalwood and Lebanese cedar lead to the smooth woody depth of lush galbanum and p
Add to cart
CREED ROYAL OUD
€155,00 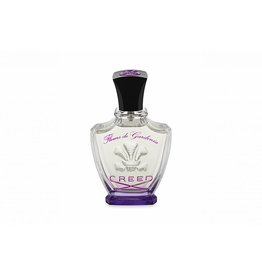 Fleurs De Gardenia
A renewal of innocence and the first bloom of love, Fleurs de Gardenia pays homage to our earliest notions of romance: delicate and dreamlike. From their workshop in the French countryside, Perfumer Oliver Creed and his son, Erwin, cho
Add to cart
CREED FLEUR DE GARDENIA FOR HER
€96,00
Please accept cookies to help us improve this website Is this OK? Yes No More on cookies »